About 10 years ago I attended a political meeting.

It made me think of what it must have been like attending a bear baiting contest in Tudor times. It seemed full of railing, ranting and raging people, screeching at the chair of their local party organisation. Essentially there was a conflict over whether or not to re-select an MP who had been embroiled in the expenses scandal. The chair was proposing that the MP was not selected to run again but the party faithful had rallied round the MP and were loudly and aggressively making their point. The chair was a woman who conducted herself with dignity throughout, despite the absolute verbal mauling she was getting.

Fast forward 10 years that woman, is Seema Kennedy OBE, who had become an MP herself and had a successful political career that has included being parliamentary private secretary to the Prime Minister and a minister in the Department of Health. Her time as Theresa May’s PPS saw her being at the very eye of the storm of some of the most turbulent political times this country has seen in modern times. You could well say she knows all about what it’s like to speak in stormy situations!

I have coached senior managers on public speaking for many years. I know that many people, including senior managers in organisations really don’t much enjoy public speaking, whether that’s in meeting, presentations or speeches. Any level of discomfort or anxiety gets worse when facing challenging speaking occasions. Most managers may not face situations of quite the same intensity as Seema did, but delivering bad news (such as restructures or redundancies, announcing unpopular policies or perhaps explaining poor results to a board or shareholders meeting)  can lead to some tense, difficult and even hostile situations. Who better to help clients learn how to handle those stormy speaking situations than Seema?

So, here’s some top tips from our combined experience.

Like most aspects of speaking in public, preparation is vital. As they say in the military, train hard fight easy. Forewarned is forearmed. Even if you don’t think you’ll hit any tricky questions or any opposition, you should always spend some time thinking about your audience and asking yourself what’s the worst-case scenario?  what’s the worst 3 questions I could get asked? Who is not going to like this? What angle are they going to come from?  If you brainstorm likely questions (all questions, the straightforward but particularly the tricky) and then plan out rough content to answer those questions, then it helps you feel prepared to handle those questions or any variation on them. If you are dealing with a known challenging issue, get clear in your head what you want to achieve, to listen? to propose? to inform? Know that and it will make your approach clearer. Enlist help; at a particularly difficult meeting (hustings) Seema would try to have “spies” in the room. This really helped in 2017 when she arrived late but her team were able to alert her that a group of anti-fracking protesters from outside the area had infiltrated the room. She was then better prepared to deal with them.

Often when we’re speaking under pressure, we not in a great place psychologically.It’s worth spending a bit of time thinking about why this is, where does this anxiety come from. If we do this, it can help us manage our own physiological state and put us in a much more resourceful mindset to deal with the challenge.

When you speak all eyes are on you. You have lost the anonymity of the crowd. There is nowhere hide. You are exposed. To our caveman brain, this triggers all our survival instincts, and even more so in a negative situation. Our bodies flood with stress hormones and at a visceral level we’re in full on fight or flight mode. When our brains and bodies flood with stress hormones such as adrenaline and cortisol, it is literally hard to think straight, those hormones incapacitate the rational, logical parts of our brain (at least for a while) and so it become harder to respond well to the challenge.

This is of course, is made much worse if we are already at a physically low ebb because we’re tired, we haven’t eaten or we’re not properly hydrated. Ensuring you take care of yourself going into a potentially stressful situation is a critical foundation to making you feel balanced, grounded and able to take on a challenge.

To handle any speaking situation and particularly potentially stormy environments it is important not to just rush into the speaking environment but to take time to get there early , get familiar with the place, feel comfortable in it and to use breathing and relaxation techniques to help manage your physiological and psychological well-being.

Seema always makes sure she has eaten and had plenty of sleep and water wherever possible and she has a talisman (a special bracelet) that helps connect her to positive thoughts and keeps her grounded. She also advises people to be aware of the “green room” or the waiting area ahead of speeches and panels discussions. In her experience, in potentially adversarial situations, other panellists can use it as an opportunity to psyche you out, but you can avoid or minimise that by arriving a bit later.

When we’re asked an aggressive question, especially one with implied or actual criticism embedded in it, or when we’re heckled, it is easy to be offended or upset. Contemporary social media has encouraged people to criticise in a very harsh and personal sounding way. (It’s easy for people to do that, just like people shout and threaten others behind the safety of a car windscreen!) So, criticism can look and sound very personal. How badly criticism affects you is a function of your personality. Extroverted people, want to be and need to be liked. For them criticism hurts and can have a big impact on them. In contrast Introverts are more internally driven and care less about external opinions;  So be aware if you are likely to be susceptible to be “dented by criticism” and if you are, use the power of your rational brain to talk yourself out of it.

In handling these challenging speaking situations, it is always good to remind yourself that it is not actually personal. The vast majority of the time the criticism is about the role, the job, the system not the real human being (you) behind that.

In absorbing criticism Seema recounts the story of a lady vicar telling her that usually people were targeting the dog collar not her. She used to reassure herself by saying,” I am more than my rosette.”

You don’t have to be totally at the mercy of the audience questions. You can take control and manage expectations and logistics. If your preparation suggests you may get some challenging, controversial  or hostile questions, then plan a strategy of how to keep in control of those questions. You can specify how you plan to handle questions. Do you, for example, at the start of your presentation, make it clear that you’ll only take questions at the end of your speech? Often that’s enough to stop people trying to interrupt with questions. You can ask for questions to be submitted via a chairman (if you have one) which may give you more time to think and formulate your response. You can ask for written questions, which puts a limit on the less concise questioners and insulates you from the aggressive tone of some questioners. A frequently used approach is to take 3 or more questions at a time. That enables you to focus on the one you really want to answer and handle the other 2 in much less detail.  Seema says, “If someone is particularly persistent and is dominating the “airspace”, then I always say that we need to let others have their first question before they’re on their second / third. If things are really out of hand, I have used the line “I think we have heard enough from you”. Believe me the rest of the audience will usually sympathise!”

A key skill is to quickly recognise the “quicksand questions.” These are ones that are loaded or have a negative presupposition behind them, that are designed to trap you. An example might be, “why do you think destroying people’s livelihoods with these redundancies is acceptable?” You need to quickly extract any valid question, such as fear of redundancies and address that, not the specific question that was asked.  “The management’s paramount concern is the welfare of its workforce and while we never want redundancies, sometimes they are necessary to protect the wider workforce and the viability of the business.”

If you are really on the spot, writing down the question can help you process it and if they are talking for a long time you can also start jotting down bullet points of content for your response. Asking for clarification, e.g. “I want to address your concern, but I am unclear on your question, could expand on what you mean by X” also buys you time to think. Finally, you shouldn’t be afraid to admit to something you don’t know, no one’s omnipotent but promising to get back to the questioner with a response (and doing so,) is a fair response to that circumstance.

When you face stormy speaking situations it’s rarely going to be something you relish!  but like so many things, it’s just a question of learning and practicing some useful techniques and approaches.

For more information on our,” Speaking through the storm” masterclass, please contact us: 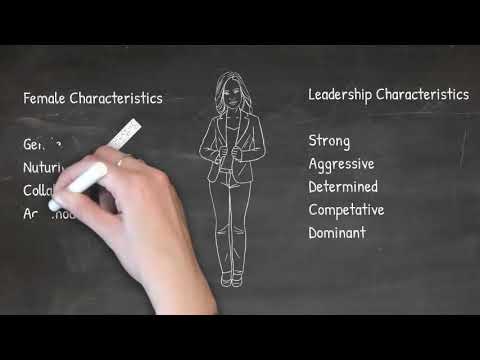 All businesses are being shaken by the impact of the global coronavirus. The travel bans, meeting...

About 10 years ago I attended a political meeting. It made me think of what it...